If you're reading this in the kitchen, raise a cuppa to the tea bag as it marks its 100th birthday.


Invented by tea merchant Thomas Sullivan in New York City in June 1908, they can now be found in virtually every one of Britain's 24million homes.


But if it wasn't for a handful of confused Americans, the tea bag may never have made it into our cups at all.


They came about only after Mr. Sullivan, in an attempt to cut costs, sent samples of tea leaves to potential customers in small silk pouch-like purses.


Unsure quite what to do with the strange little bag, the Americans dunked it into a cup of hot water. And so was born the tea bag.


After complaints that the mesh on the silk was too fine, Mr. Sullivan developed sachets made of gauze - a method which was instrumental in today's tea bag design.


But it was not until 1953, when British tea producer Tetley spotted the commercial potential of the bag, that it began to take off here. The firm now sells 200million tea bags every week.


William Gorman, executive chairman of the UK Tea Council, said: 'Without a doubt the tea bag saved the tea industry.


'There is no way in our busy lifestyles today that we would have had the time or inclination to make tea the old way.'


Tea drinking is seen as a quintessential British tradition, with 130million cups drunk every day. But the initial reaction from Britons who visited America 100 years ago and experienced tea bags for the first time was lukewarm.


Much suspicion surrounded the short string and branded tag attached to the bag.


And there were frequent complaints from tourists who were put out at being served tepid water in which to place their bag.


A major breakthrough came in 1930 when William Hermanson–one of the founders of the Bostonbased Technical Papers Corporation–patented the heat- sealed paper fibre tea bag.


But material shortages in the Second World War prevented mass manufacture, and Britain had to wait until after Joseph Tetley and Co was floated on the London Stock Exchange in 1951 to welcome the tea bag revolution.


Convinced the tea bag was the future because of the way it allowed the tea maximum exposure-to the water resulting in a good, strong brew, Tetley persevered with perfecting the bag.


A problem finding a tea bag tissue which did not taint the tea was among the stumbling blocks overcome along the way.


Finally in 1964 the finely perforated bag was developed and the product began to fly off the shelves.


In 1989 Tetley switched from the standard square bag to a round one, and a handful of years later it introduced the drawstring tea bag - which contains 30 different teas.


Sara Howe, Tetley's director of corporate communications, said: 'Persuading the British to change their tea drinking habits from loose tea to tea bags was never going to be easy.


'But when Tetley introduced the tea bag in Britain the adverts were quite simple: Tea bags were the new quick and easy way to make a delicious cup of tea for only one penny.


'It's hard now to imagine what life would be like without the tea bag.


'Somehow getting up in time to measure the tea leaves, brew the tea, strain it and clear away the tea leaves from the sink afterwards does not have the same appeal.' 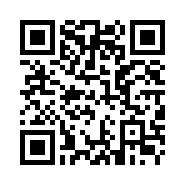